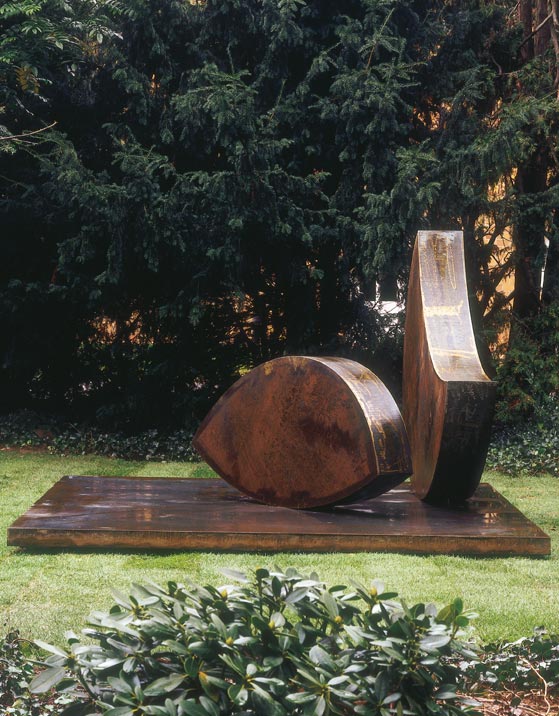 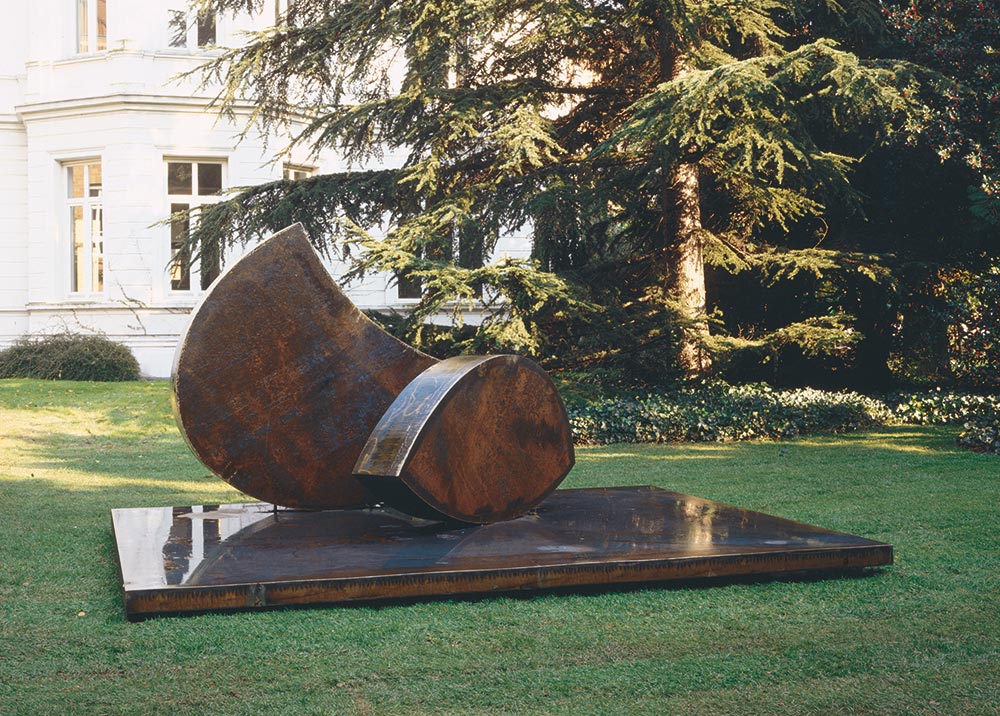 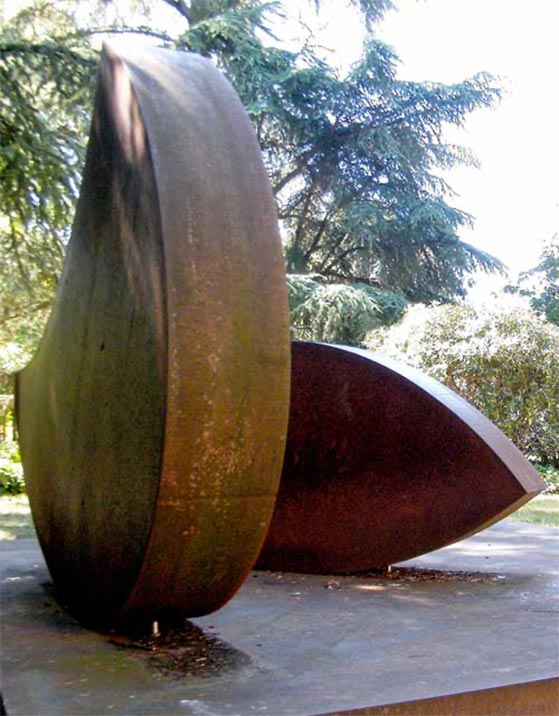 Nestler's sculpture consists of a 30 cm thick steel metal plate, from which an ellipse with the height of 180 cm and the width of 240 cm is cut out in two pieces, so that two different segments are formed which result in a complete ellipses plate when they are connected.

Those ellipses are posed vertically and each of them swings to its centre of gravity. The position, in which the elipse's segments stop, obeys the gravity's condition in every sense. The fragments forming an ellipse have got a common centre of gravity, now striving to different positions as the effect of changed physical conditions. Taken apart and set upright, both segments form a sculpture group, whose logical relationship is not obvious. At first glance, their proportion seems to be accidentally. A new constellation view and a special interest concerning the accomplishment of figures is necessary to understand the relation of the different segment's curves contours, which have now passed their original position, able to realise the former unity of both parts.

The two segments were sticked together by Nestler while standing upright on a 360 cm x 300 cm wide on the ground lying steelplate with steelpencils. Setting upright and sticking together doesn't disturb the impression of the whole sculpture possible change. Nestler's constellations work positively with the principle of variability, what can be understood as the change in relation of the different body segments. All of Nestler's work lets obviously realise, that every change in the body segment's relation can result in complete different figurations, in the principle of variation a cause of totally different formations has to be searched, where each form is emphases by the material's conditions such as the weight or the iron's elasticity. Nestler's sculpture can evidently be distinguished from all the sculptures of the collection ot sculptures in Viersen, which are by Anthony Cragg, Mark di Suvero, Erwin Heerich, K.H. Hödicke and David Lauer. Nevertheless point of contrasts can be found in his sculptoristic praxis compared to the other artists represented in Viersen. Nestler's material is half-stuff which Mark di Suvero uses as well, but similar to Anthony Cragg, Wolfgang Nestler altercates with natural conditions in his sculptures. In contrast to Anthony Cragg and rather comparable with his teacher Erwin Heerich, he starts with simple sculptural processes of which unication and finality to the singe installation point of the plastic are constructive.

In a second step of work - the outbreed parts sticking up and their swinging on the plain - a natural legality, the gravity now is a structural moment. At that state, this result has only to be fixed.

Whith the inclusion of the natural legalities into the artistic formation of shapes, Nestler follows a big tradition of sculpters, in particular the steelplastic. Alexander Calder and George Rickey were able to include the wind, or better, the movement of the air - even if it was only a breeze - into the movement game of their steel mobiles. Both of them made invisible and hardly traceable forces of nature perceivable. Nestler wants to articulate his forms in a more direct and immediate way and he succeeds in arising a virtual irrationality which preserves the logical compelling nature of his proceeding. His result has the effect of being playful, accidental and cheerful. The gravity never appears menacing in the sculpture and his milieu, as it is the case in the works of for instant Richard Serra. Space is left which is big enough to be creatively constructive and forming, without letting nature occur as a dangerous catastrophe in all subjects.

With Wolfgang Nestler's sculpture, the Viersener sculpture collection enriches its stock in a great aspect with an artistic work of the present. It shows us the rational procedures do not only constitute a contrast to nature (compared with Erwin Heerichs Monument in Viersen) but can also include constitutive natural conditions for forming a unity of abstract and natural parts, of logical-theoretical aspects and the immediate force of nature.

born on September 8th in Gershausen, Hersfeld district,
grew up in Witten, Ruhr

Scholarship from the city of Aachen

Professor at the Saar College of Fine Arts, Saarbrücken 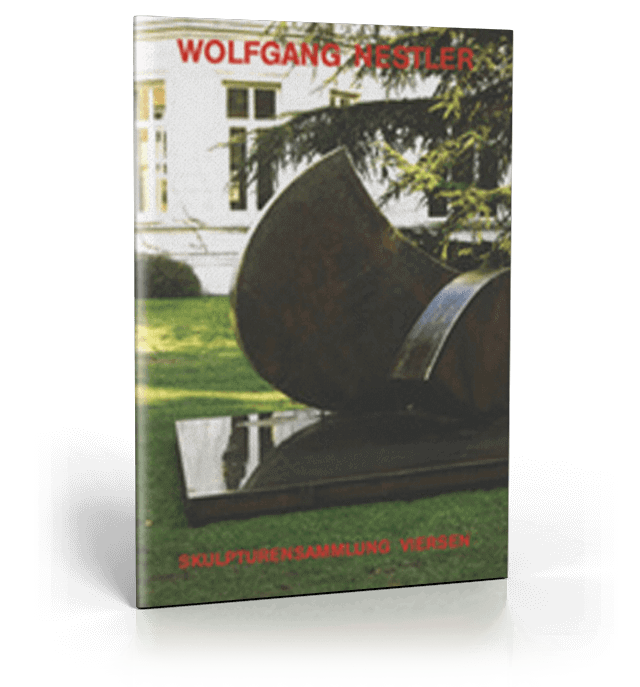 In German and English language
With the inventory catalog of the sculpture collection at the time of publication.
Viersen 1998
Selling price: 10 €
IISBN 3-9805339-1-1

available in the webshopbuy now