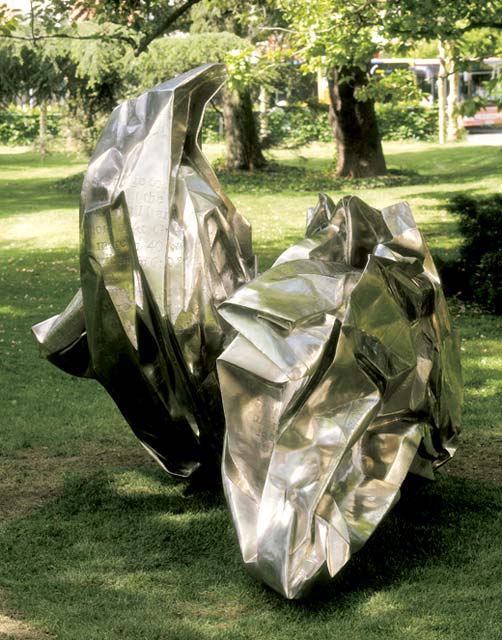 Bronze with silver bronze on the surface (electroplated)

Rathauspark next the "Municipal Gallery in the Park" Viersen 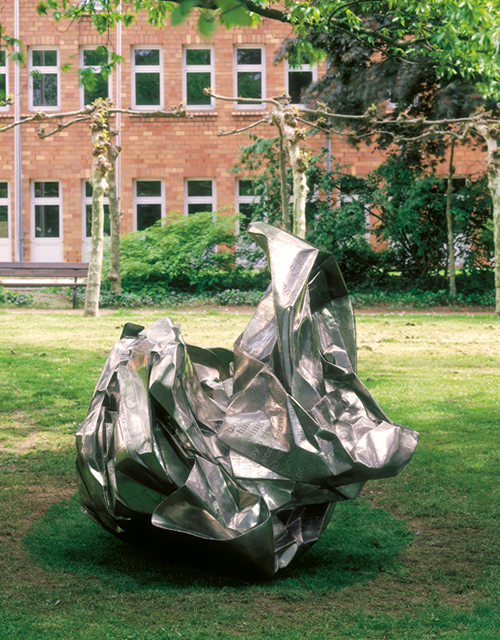 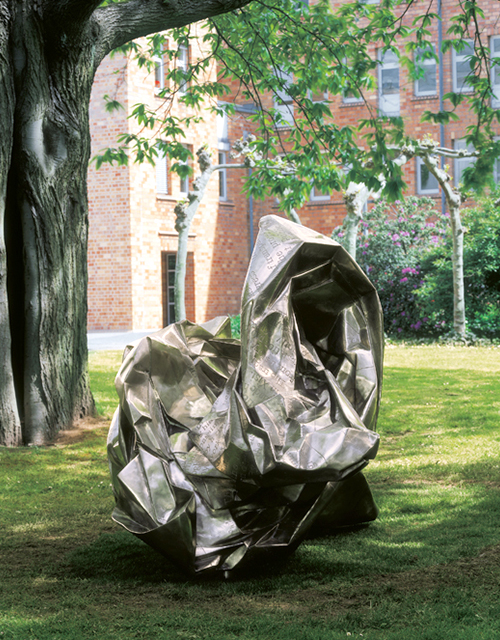 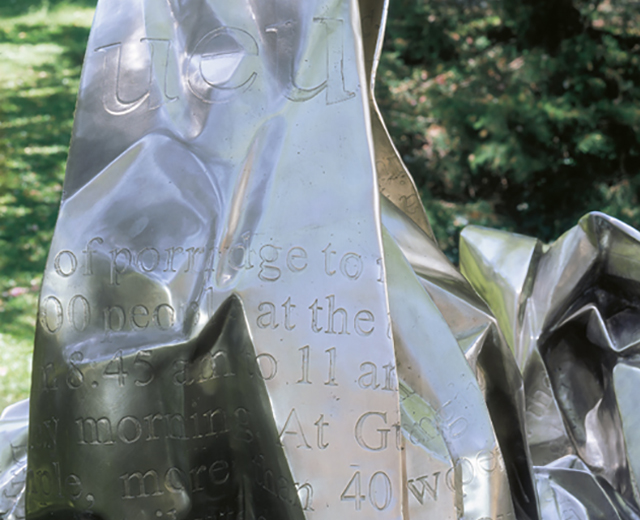 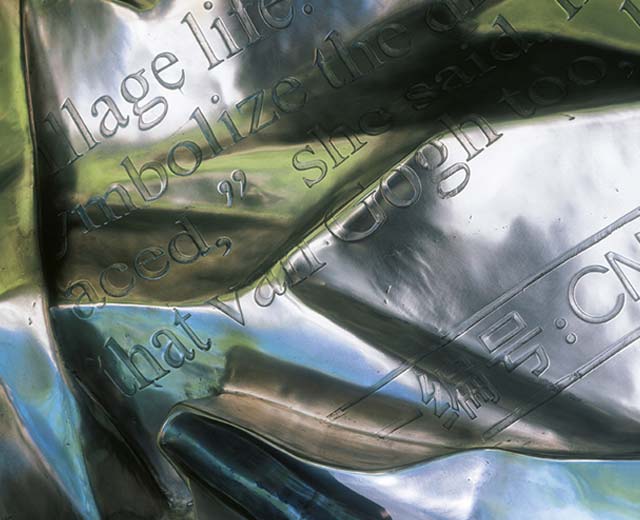 The sculpture was bought by the Peters-Messer family from Viersen at the gallery Arndt and Partner in Berlin and was donated to the "Viersen Sculpture Collection" on the occasion of the 170th anniversary of the company Peters-Messer in Viersen.

The bronze sculpture China Daily - Services top task for Games was created in 2007 by modelling an enlargement made of clay of a crumpled sheet of newspaper. The newspaper is taken from the Chinese daily newspaper "China Daily" and contains news items about the preparation of the Olympic Games which took place in Beijing in 2008.

The object, which has been "realistically" copied here, is from the field of the media which are developed and produced in a complex manner every single day and which can lose their value in next to no time and then to be turned into waste. However, this waste represented in the enlarged form of a bronze sculpture radically differs from the waste that is carelessly thrown away in the park next to the "Städtische Galerie" every day. It is monumentalised and isolated, and it is refined due to its material as well as its surface, and thus preserved for eternity and turned into a monument.

This transformation - media into monuments - presupposes a special relationship of the artist to his object, i.e. the media. The object of the work of art may seem ambivalent to us, on the one hand being devalued as waste and on the other hand it is morally heightened to a monument at the same time because of the bronze and even the silver gilt, thus consisting of the brazen material traditionally reserved for monuments and works of art. This ambivalence in its valuation is obviously meant seriously.

The sculpture is positioned on a foundation hidden under the lawn, thus coming across as a piece of paper thrown away on the grass while producing a gigantic effect. The ridges and edges of the crumpled material reminds us of mountain formations.

The association with a broken-off piece of rock is quickly replaced by the clearly visible letters embossed on the surface of the sculpture. An over-sized text is hidden and encoded in the folds and creases. The clouds and the blue colour of the sky are reflected on the shining surface.

This text, which we can not read here anymore, is exactly what is really valuable about these media as long as their text is up-to-date. The topical relevance of these messages in particular manifests the fundamental power of the media with which they can move and control individual persons and groups, political parties and governments, military as well as economic powers. They can influence with their texts two important and unimportant events at the same time, thus unconsciously or deliberately controlling and creating events and letting them disappear. For someone having the media under their control, they can be a real tool of power. For someone not involved they may be without significance, for someone having some hope they are an indicator as well as a pulse of life, which - when changes take place - either causes despair or carries all hopes. With their daily news coverage and news items the media cover the actual events about which they report, which they present, distort, reproduce or stage. They themselves embody events and happenings themselves as well as their own reality, which we have to accept as real and which is in favour of us and not against us.

Of course, nothing is more quickly outlived than a daily newspaper, its news items, the messages of which are replaced on a daily basis, though being forced on us and besetting us as waste in the material abundance of being endlessly produced. In contrast to some of the other works of the artist Wang Du the enlarged detail taken from the newspaper as waste in China Daily,... does not come across as threatening or repelling, but as beautiful and shining - as a reflection of the sky.

Biography and artistic career
1956
Born in Wuhan (Hubei), East China. Lives and works in Paris since 1990.

Studied at the Canton Academy of Fine Arts, China

Lecturer in fine arts, Institute for Architecture at the South China Polytechnic.

Founder and Chairman of The Salon of Artists of Southern China, Guangzhou, South China. 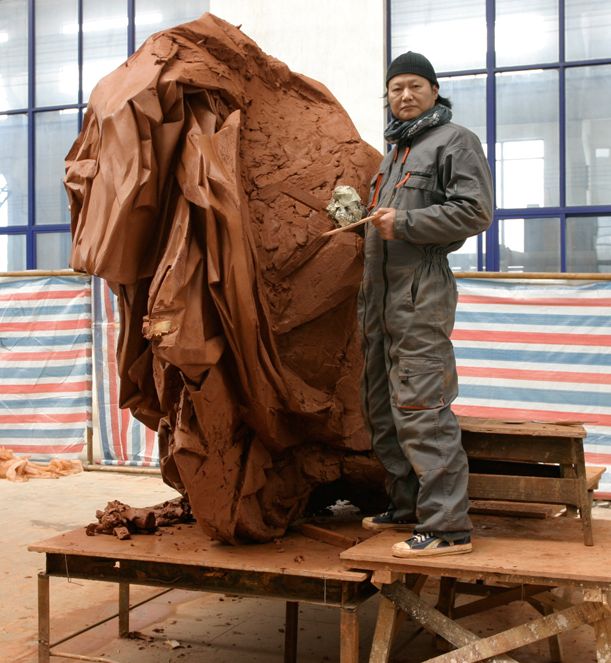 Portrait of Wang Du with the clay model by Modes de Chinois, 2007 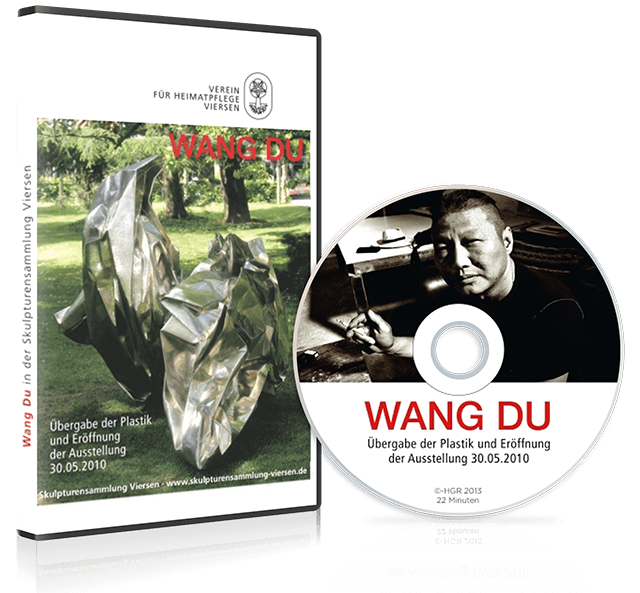 Handover of the sculpture and opening of the exhibition on May 30th, 2010
Film by Herbert Boox
Selling price of the DVD: 8 €
available in the webshopBuy now 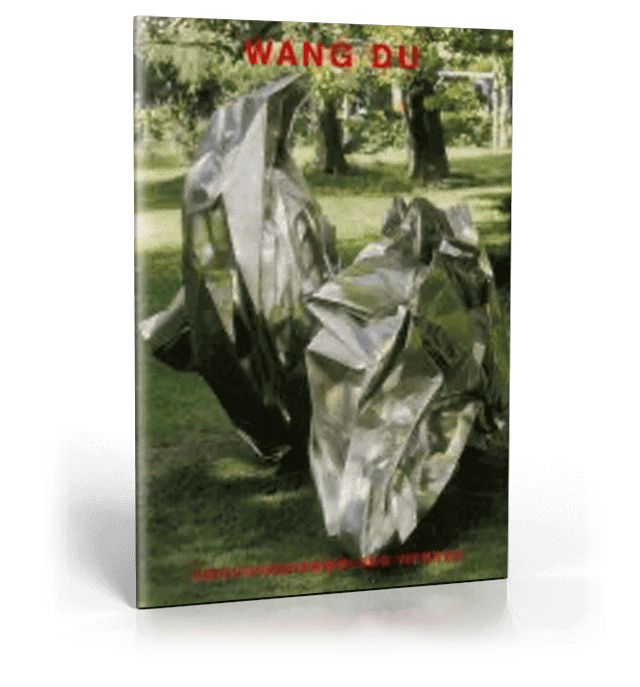 Wang Du China Daily, Services Top Task for Games
In German and English
With the inventory catalog of the sculpture collection at the time of publication.
Viersen 2010
Selling price: 10 €
ISBN-Nummer 978-3-9813463-1-2
available in the webshopbuy now 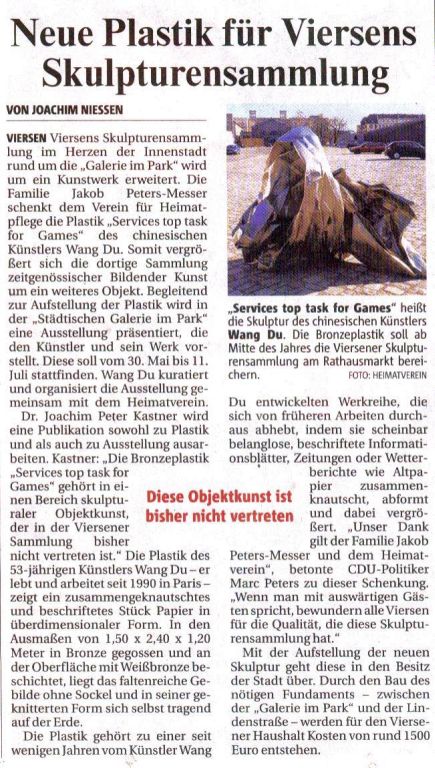 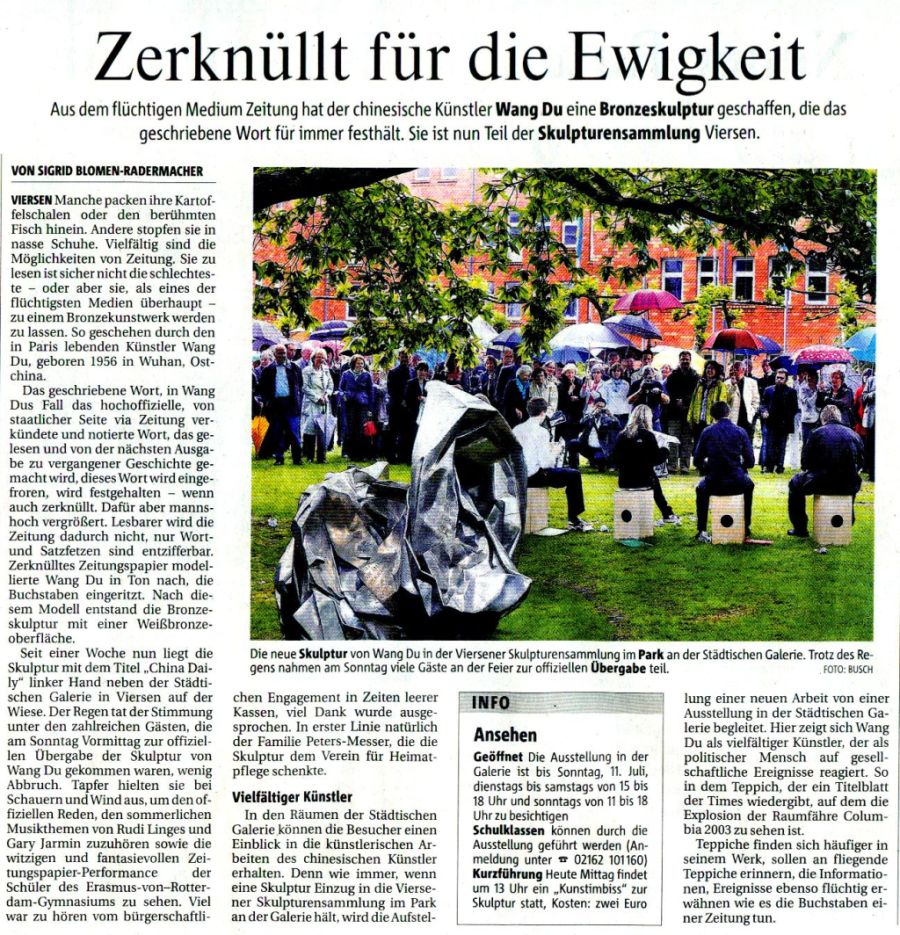 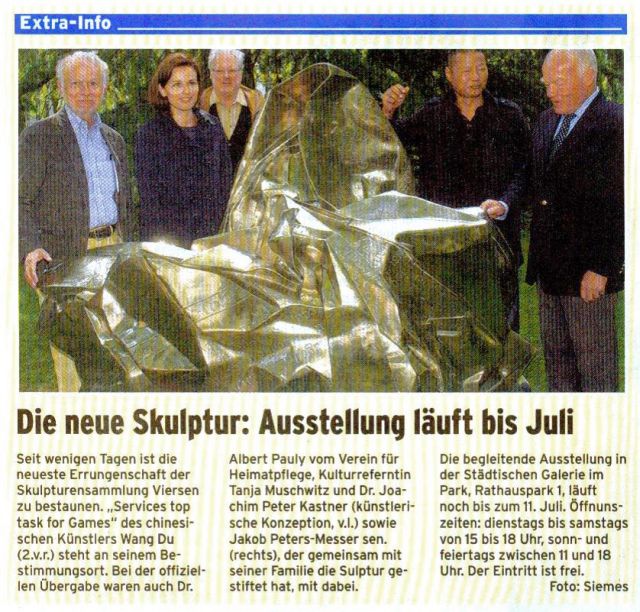