Crossroads between Rathausmarkt and Kreishaus at the foot of the flight of steps leading to the forum. 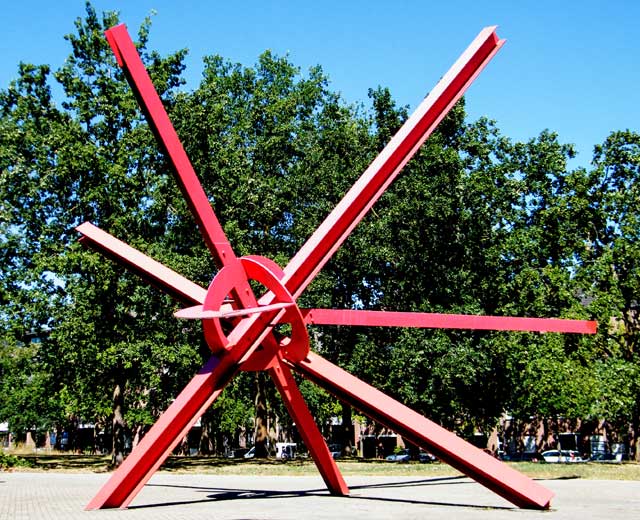 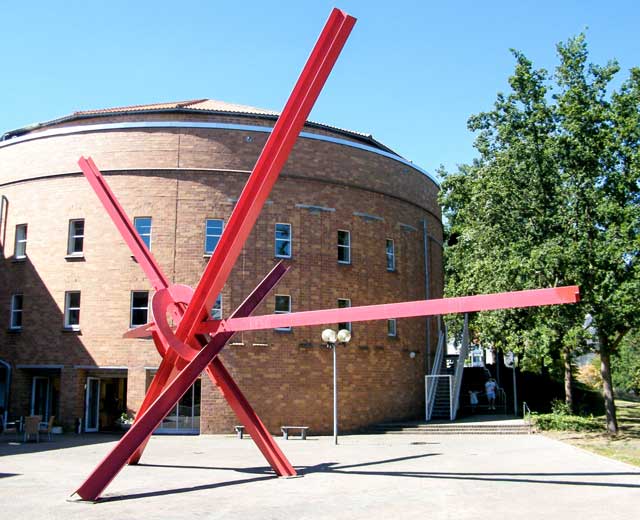 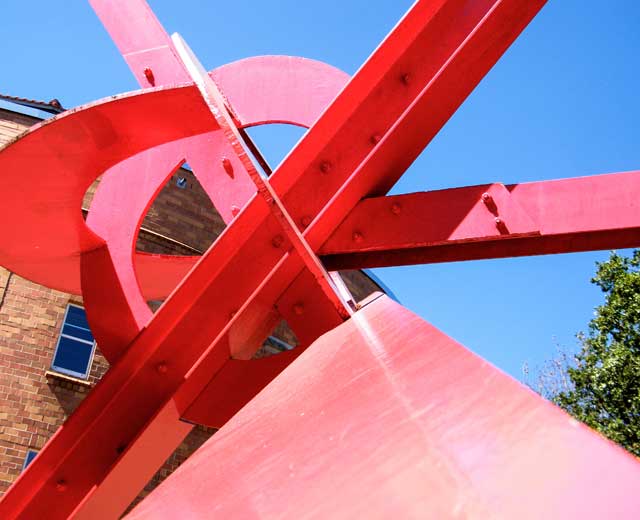 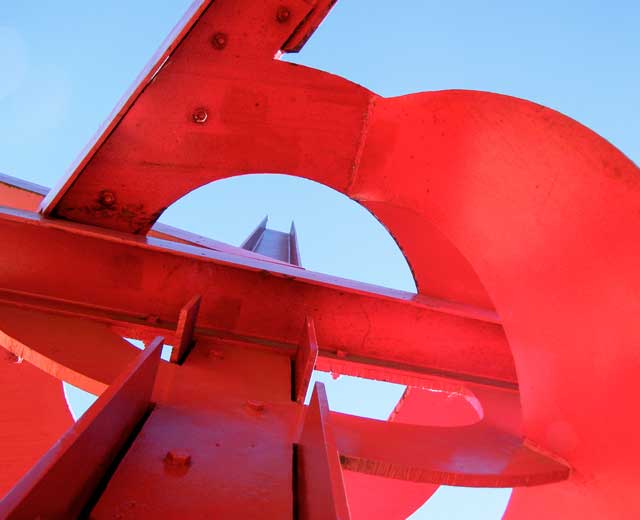 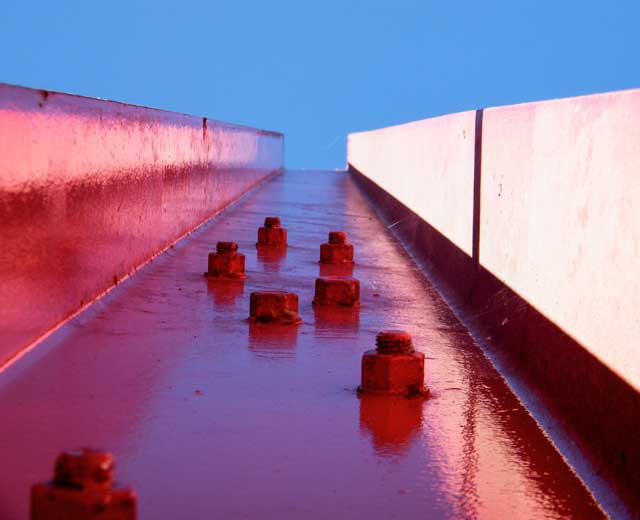 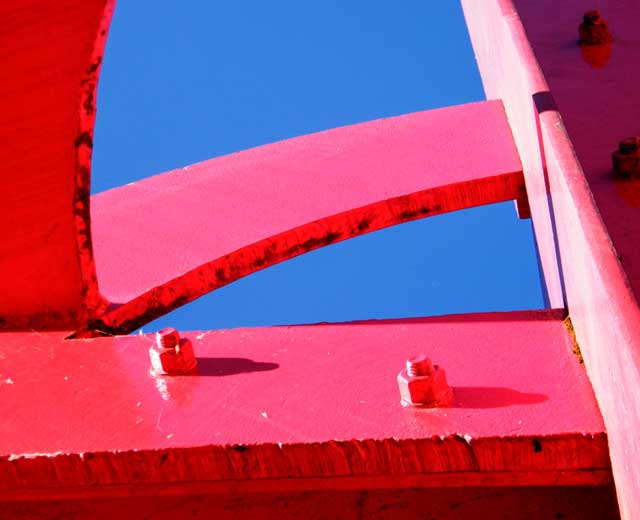 Steel sculptures are a speciality of 20th century art. Steel does not belong to the traditional materials of sculpture. Since the thirties of our century - starting with works by Pablo Picasso and his friend Julio Gonzales - steel sculpture has undergone an extraordinary development which has met international response particularly after the Second World War. Mark di Suvero has not been trained in the classical sense to be an artist creating iron or steel sculptures. He is neither a smith nor an engineer. His subjects were philosophy and literature and he has been devoted to them ever since.

And yet: Working with huge iron parts is a craft for Mark di Suvero, a sound piece of work that he can't possibly delegate on other people but which he must perform all by himself. Big sculptures like "New Star" have, therefore, not been designed as small models that were afterwards carried out by a steel engineering company but must be looked upon as the artist's genuine work of his own. This work is not being done in the way a civil engineer would do his work, but out of a spirit of closer approach to the material both experimentally and intuitively. Mark di Suvero and his three assistants, Lowell McKegney, Enrico and Matteo Martignoni are a team that works together marvellously and is guided by intuitive understanding, a sense of reliability prevailing in all their activities, and a deep insight into the artistic intentions of their work.

The tools they use, even huge cranes, never break free in a purely functional way but are being integrated into the process of forming a piece of art. "New Star" combines both expressive and constructivist tendencies with each other. The team, in a comparatively easy process, puts the industrially prefabricated material together, making use of its structural qualities. The expressive power of this sculpture is above all - if one disregards the red paint coat for a while - brought about by the combination of the l-shaped beams, in other words: the expressive element is not extraneous to its structural components.

Mark di Suvero's "New Star" and Erwin Heerich's big structural stone sculpture are worlds apart. And yet both of them, in an almost opposing way, have instigated the human mind to create utopian visions of building and construction. 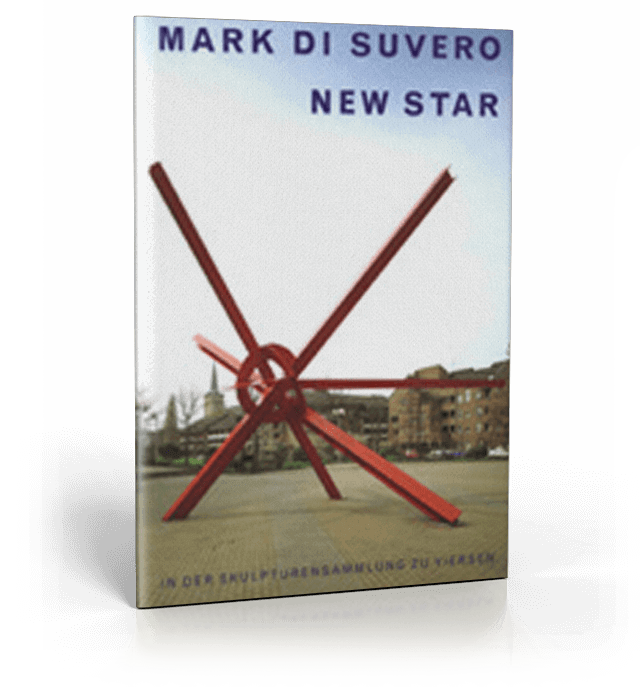