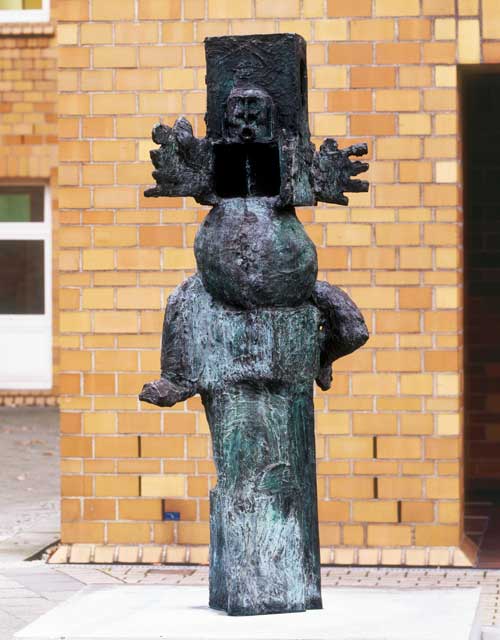 to the side in front of the main entrance of the Viersen district building Acquired from the Wolfgang Gmyrek Gallery, Düsseldorf 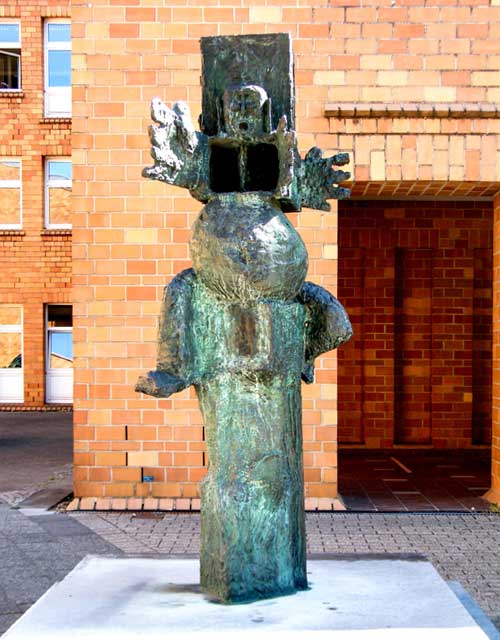 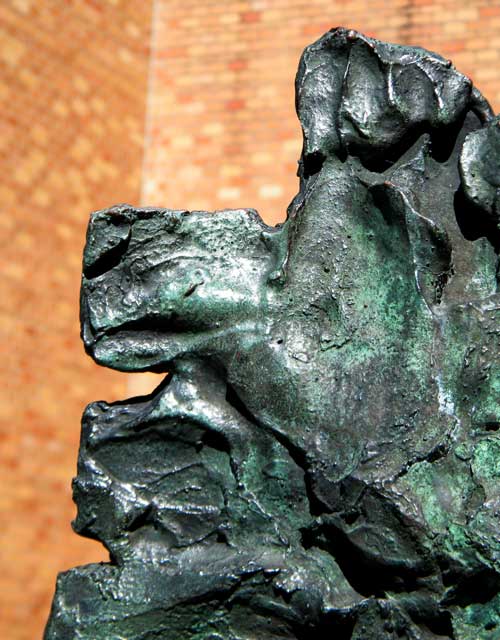 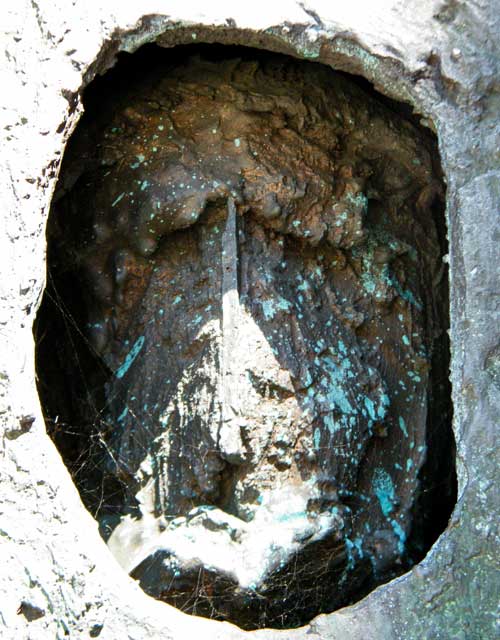 The bronze pictorial column "Kaspar" consists of a tectonically cubic and an anthropomorphously physical part. Both parts have been vertically put up and fitted together to form a structure. The figurative part has admittedly been integrated in the construction of the pictorial column, but on the other hand it vehemently breaks up its shape and verticality above the middle part. On a three-piece substructure formed by transferred, piled up, irregular cubes there is a fat globular abdomen enthroned. Sausage like baby legs cling to the edges of the third cube. On the globular abdomen rests a flat, two-piece open case as the trunk the vertical sides of which are arms like signposts. The spread, ugly fingers intensify the impression of an expressively torn body. On the one hand the fourth cube resting above is the base and receptacle of a head appearing in three faces and on the other hand a complete continuity of the construction of the pictorial column taken altogether. Above the open trunk there is the "main face": a mask with its eyes "lowered" and a circular open mouth formed as a bas- relief.

Certainly the main face points out a main tempted to walk round the pictorial column, to discover the body and the construction of the column and the coalescence of both and to make a new attempt to find the face and expression from another view. Only by walking round the column you deduce how much the sculpture itself playfully unfolds the round about, the rotation of compounds and plain surfaces, the change of sights.

The pictorial column was formed by the piling up of different hollow bodies and a revision concealing them by plaster and other stabilizing materials. The thereby occurring surface wavinesses and marks in the soft but rapidly hardening plaster procreate a thoroughly picturesque effect of the surface. It is accurately moulded by the bronze. The "tache", the spotted rough-cast of the material and its manual dispersion should be under-stood ambivalently: on the one hand it is trace and expression of free action, on the other hand it functions as a part of a process of trunk formation thus stating objects more precisely. On the one hand the trunk is formed and defined by working on the surface of the material, but on the other hand it is concealed and covered up.

Hödicke is not only interested in this trunk, but at the same time in that which covers it like its own skin or like mud and movingly encircles it. In the bronze sculpture this "skin" is again covered by a "strange" structure, the green patina which, artificially produced, leaves its own lapses and flows behind. The relation of representational corporeality and of free artistic action generally impresses Hödicke's work. My individual peculiarity, my very personal madness, made me drop objects into it like in a paint swamp. And they do something. They want to be worked on the object as the absolutely different thing, as the foreign body in an invalid flow of paint, a movement of matter on a plain surface Hödicke's work is unfolded in this difference as a paradigm for the possibility of moulding in general.

Member of the Academy of Arts, Berlin-Brandenburg

lives and works in Berlin 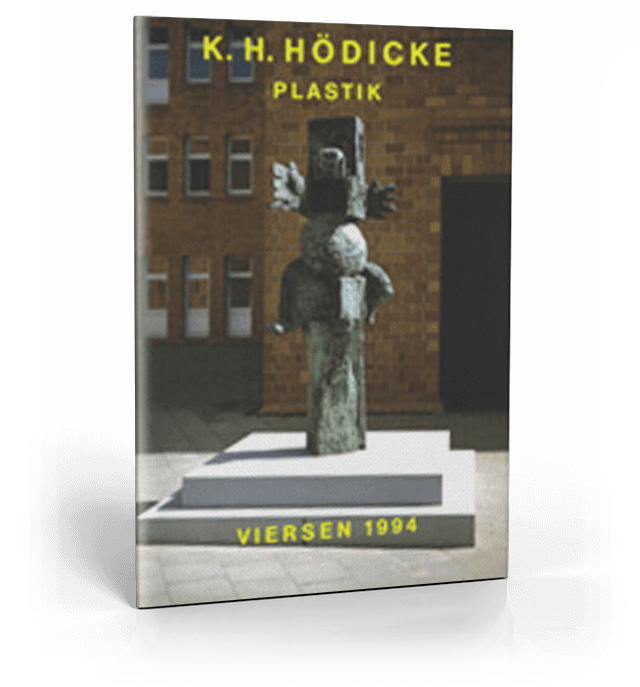