Crossroads between Rathausmarkt and Kreishaus at the foot of the outside staircase that leads to the forum. Anthony Cragg's Articulated column is aligned with K.H. Hödickes Kaspar and also - crosswise - to David D. Lauer's Figure and to Erwin Heerich's monument. 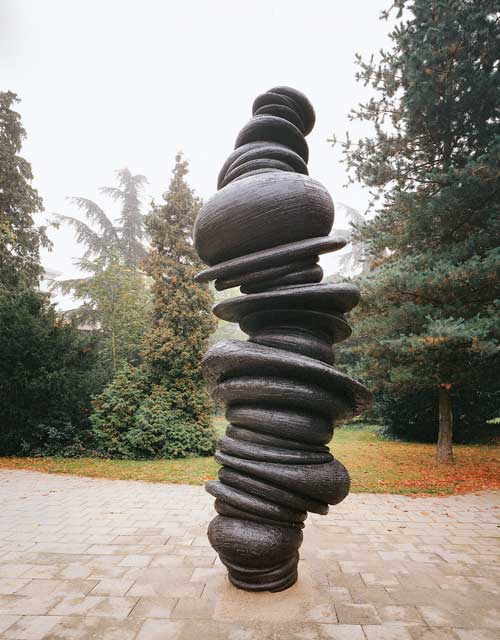 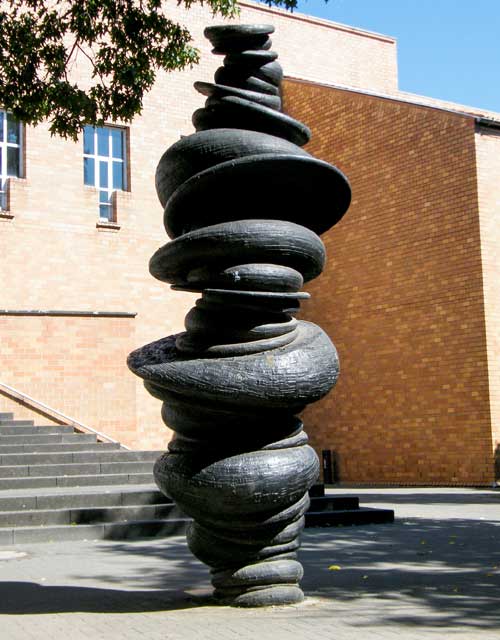 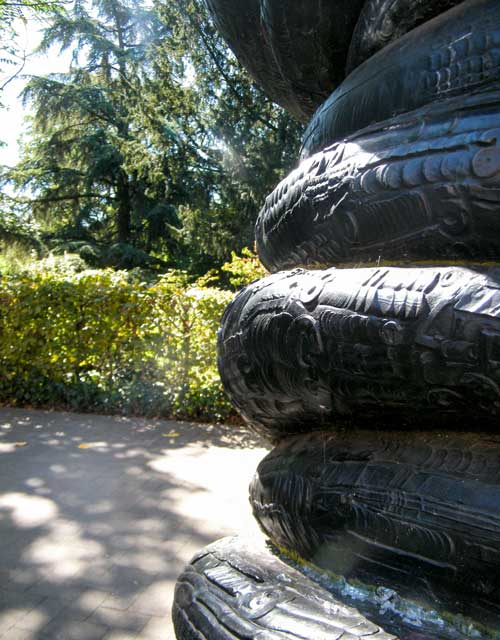 Anthony Cragg's "Articulated column" stands on an axis that connects it with Karl Hödicke's "Kaspar" and likewise with David D. Lauer's "Figure" and Erwin Heerich's "Monument". There is an affinity in the work of these artists whose sculptures correspond with the architectural structures of the yellow-reddish background of the western wing of the county hall and the steps leading up to the "Forum" as well as with the rich variety of trees in the park of the municipal gallery.

The monumental size of Anthony Cragg's "Articulated column", its black patina, and its exceptionally evocative form make this autonomous piece of art a unique phenomenon in the space between the park and its surround-ing architectural forms. The viewer that walks round the "Articulated column" is surprised by the rapid change of form and the great variety of aspects.

On the one side the sculpture gives the viewer the impression of a sculptural body with increasing and decreasing volume, on the other side it makes him believe he sees a plant consisting of many parts and being torn apart into segments, a plant the inner rhythm of which is marked by emotional contractions The structure of the "Articulated column" is relatively simple - a central axis with precisely defined round volumes of varying size stacked on top of each other. Despite this, the multiple bends and reorientation of the central axis and the resulting compression of the volumes around it make the sculpture work borne by and conveying total and utter emotional involvement.

In creating the "Articulated column" Anthony Cragg has taken up an ancient principle of sculpture: Being emotionally involved and calculating the effect of the forming process simultaneously, he creates a new piece of art, beautiful without a purpose, an event in its own right.

Rector of the Düsseldorf Art Academy 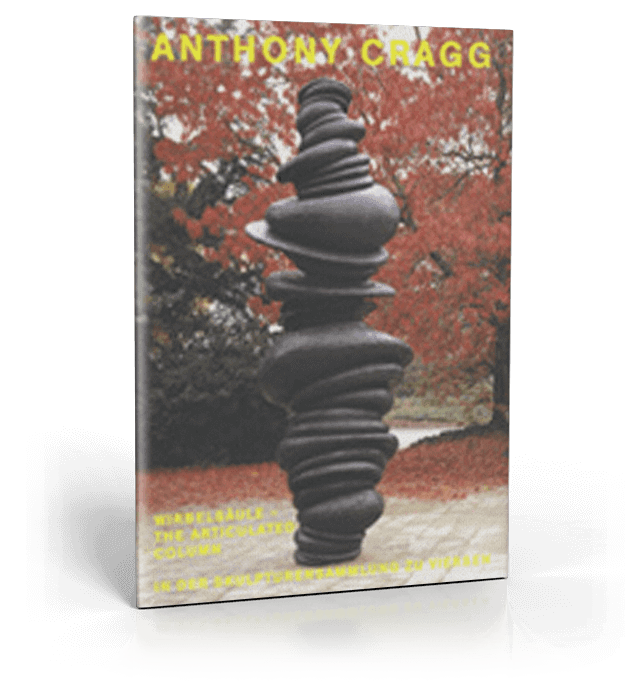 Anthony Cragg | Wirbelsäule - The articulated column75
In German and English
With the inventory catalog of the sculpture collection at the time of publication.
Viersen 1996
Selling price: 10 €
ISBN 3-9805339-0-4
available in the webshopBuy now